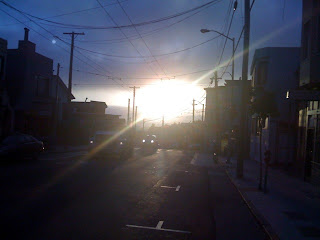 Lorenzo, Julian, Derrick, and I managed a moderately-paced break away.
Nowhere near the record, but we put up a ~19mph rolling average which
got me to Crittenden well in time for breakfast.

Also, this time I didn't crash, which made me happy.