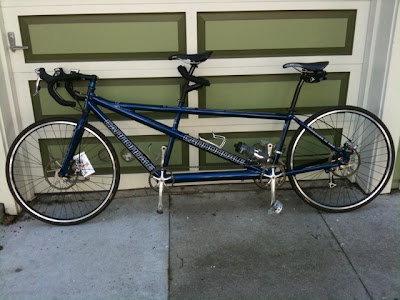 nice. excellent work, all. that was "hella" fun. marvelous riding by everyone. a couple of teachable moments but overall quite safe. needless to say, the rest of my ride to apple was significantly slower. 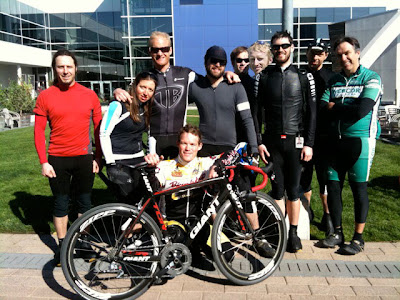 I must say it was with some trepidation that I witnessed the TTTTTT gladiators stride majestically into Ritual this morning, all grim-faced, steely-eyed, and girded for battle. would it be I to be first dropped? could the tandem live up to its billing as a man-mauler? or would it be trampled under the wheels of its erstwhile brethren? only Fate knew.

fearing cortland, it was suggested that we form a no-drop zone until Tunnel Rd., which to my relief was agreed upon. lucky too, as lugging the beast up the Hurl with skipping chain did not go well, and only by the gracious soft-pedaling of the host of riders were we able to reconnect with the pack.

making the right onto Tunnel, it appeared all was together, but then the hard men of the bayway let it be known that the time for jesting and mirth had passed, proceeding to put us all in the hurt locker, and shedding some riders as the pace ratcheted up.

it was then that my stoker, the powerful Faye, announced her presence by cutting in the afterburners and keeping us in contention with stroke after piledriving stroke.

approaching the hotelland ramp, I was privately concerned that all would make it thru safely due to unseasonably high speeds and the narrow, muddy, downright silly maneuvering required, and sure enough, a loud CRACK announced the demise of Nils' Zipp 404 (ouch), which introduced itself to the curb violently, yet soldiered on until terminally sidelined by a flat in feral cat land.

solid pacelining continued for miles without incident, until Ted's tire also gave up, and he was forced to abandon the lead group while putting in a career performance. it should be noted that he still recorded a blistering 1:59, despite the flat.

arriving at Sun, it was clear that the record was within reach, but xton was in no mood for celebrating. seeing fit to push the pace to a relentless 27+ mph, the remaining riders were made to pay for the privilege with currency they could ill-afford to spend, as the city limit sign of Lactate Land came into view.

exiting EPA, space suffered the third and final flat of the ride, and was forced to limp in only a few minutes back.

entering the bayshore super sprint, xton smelled blood and powered on with teutonic, terminator-esque efficiency, doing the lion's share of work while refusing to break a sweat or even breathe thru his mouth. as the group had been whittled to just 4 machines at this point, only the rules of engagement kept him from dropping his companions and basking in righteous solo victory.

at last it ended at charleston & amphitheatre, and then like keyser soze, poof! he was gone.

the rest of us bedraggled sweat-caked survivors -- michael, murph, faye & yours truly -- rolled into no-name, and tried to eat. I for one had no appetite.

thank you to everyone who showed up today. I think we can all agree that was the longest, most bad-ass TTT that has ever happened. it was historic*. once Nils determines the crash replacement cost of the 404, i suggest we take up a collection to buy him a new one. suffice to say, losing his power for the last 20 miles was a detriment to the effort.

http://www.strava.com/rides/79785 (note the stats on strava are slightly different/slower than my garmin... I think the "stop timer" didn't register for some reason.

(And thank you for the vest)

I'm pretty sure xton on his own could have come close to this. He did the vast majority of the work. xton, you are an animal--very impressive stuff, sir.

Personally I got a flat with 8 miles to go after somehow sticking with the lead group until then in order to have a chance to hang with Hobe and Ben for a while. Ended up coming in at 1:59 and change.

Meh, it's OK. I'll get a replacement wheel tomorrow and pay crash replacement for it. I'm more frustrated by the fact that I didn't get to help out to my fullest potential... I was really looking forward to the long stretches of road towards the end.

Sorry about the flat Nils, but it was a great excuse for me to drop off that slave driver of a pace. Wow. Here is my strava from SF, to Hillsdale. Had to cut off to go to my office in Belmont. That climb up Raulston was a beast after 30mph pacelining: http://www.strava.com/rides/79781

Good job to those who kept going to Google to set a new time! 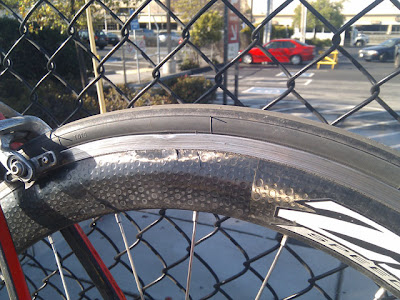 For glory. For Sparta!! Stupid Bayway.

tuesday's forecast calls for moderate temps, strong tailwinds from the northwest (up to 37mph gusts), and it's time for some pain.

are you ready? then join us for the much-dreaded Terrible Tuesday Tandem Team Time Trial featuring the "Drop To 4" Most Riders Left Behind format.

myself and Faye will be piloting the cannondale tandem, and if anyone else has a tandem, bring it!

rules, should you elect to join this infernal pact:

ps - it will be hard to get the tandem over the hills at the beginning and we may well be dropped. c'est la vie.